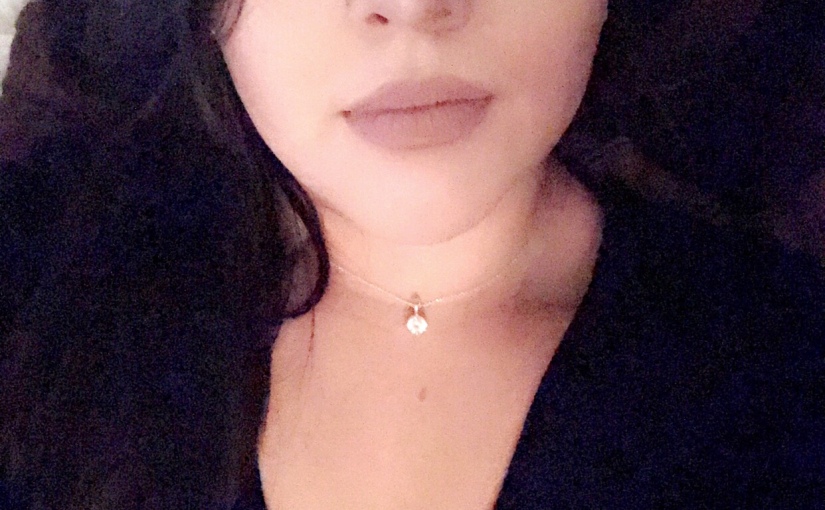 I will never forget the first time I went shopping for some work pants a while after giving birth to my daughter. At the time I have been using my maternity clothes, trying to hold off buying new clothes, thinking I will lose the weight (soon in my mind). I realized later on that I needed variety.  This was the first time I felt confused in my body. I still felt like I was in the same body before I got pregnant.

I learned the hard way how untrue that was. It was the first time I didn’t know where to start with in sizes as an adult and the last time I had this type of problem was in my childhood which obviously was not under the same circumstances and could wear any baggy t-shirt to school, not like a corporate job where I had to dress business casual everyday. I had to spend a really long time and a lot of energy to figure out my correct pant size was and this put me in a bout of depression. For a while I did not feel like myself and felt down. As trivial as it sounds, we women care a lot about our appearance.

So in trying to figure it out, I was entering fitting room after fitting room and could never find anything that felt and looked flattering. I also had not wanted to reward myself with new clothes that I felt I would potentially wear temporarily.

Then one summer, I  went on vacation to Virginia Beach with my family and just felt so tired from walking and riding the bike that I wasn’t enjoying it as much as I wanted to. It was still enjoyable but I felt like it would have been more enjoyable had I had more energy and stamina. This desire to run in circles with my daughter on top of my clothing dilemma inspired me to start a weight loss journey.

I initially started with the 10,000 steps a day and I was counting mentally and just kept guessing which I’m sure looking back I probably overestimated how much I actually walked. At the time, I didn’t lose anything but then again, at this time I wasn’t watching what I ate.

Then one day a person I respect very much just told me to incorporate calisthenics and I had no idea what that was so I looked it up. All I thought was that looks hard. I couldn’t even do half of one push up at the time. Then what started off as something gradual working out twice per week for 20 minutes became progressive and now I work out at least 4 times a week for 45 minutes to an hour. These were the first YouTube channels that I felt would help me:

When it came to my diet, I saw an interview with Dr. Oz on the Breakfast Club which is a radio station I frequently listen to. In the interview I remember Dr. Oz using visuals to inform on the effects of sodium and sugar intake. I managed to remember the picture of what was going on but am unable to remember the date and time.

I didn’t realize how much sugar and sodium can affect our bodies so negatively. There is apparently a recommended daily consumption limit for these things according to the Health.gov website. So I learned to maintain sugar intake between 25-30 grams and not exceed that amount daily. That’s for ONE day, so that means throughout my entire day, what I eat does not exceed my sugar intake. However, I realized how one can EASILY go through that. Like with a can of coke – it’s exceeding the daily limit and having two would’ve doubled that intake. I found that most processed foods contain so many grams of sugar as well. After so much research of sugar intake, I also found that being used to sugar consumption can also lead to Leptin Resistance(Shapiro, A., Mu, W., Roncal, C., Cheng, K.-Y., Johnson, R.J., & Scarpace, P.J. (2008).) in which the brain no longer “hears” the message to stop eating.

I had that problem for so long then with the above knowledge, I took control of my life back and have never felt more energy. People ask me constantly what I have done to lose weight and it’s really the only true and same message we all know but refuse to believe. It’s all blood, sweat, and tears in eating healthy and exercising often. There’s no secret nor magic pill that will take you there. It’s all pure hard work and most people often only see the result and don’t really see anyone do what it took to get there. Weight loss I found requires consistency, discipline, and a “can-do” attitude.

Maybe you had a different experience? If so, leave comments below! Let me know what YOU did to help motivate you, get you started, or what you did to lose/gain the weight you did!
Love,